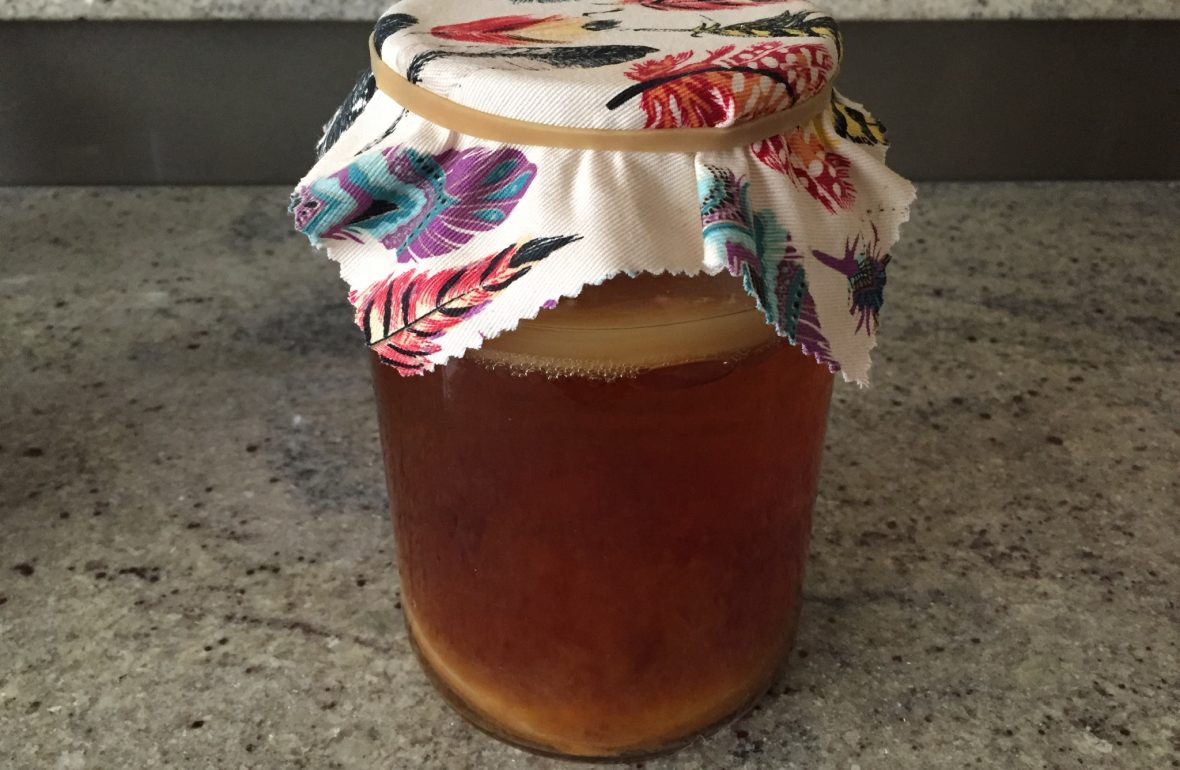 “Kombucha is a fermented, slightly alcoholic, lightly effervescent, sweetened black or green tea drink commonly intended as a functional beverage for its supposed health benefits. Sometimes the beverage is called kombucha tea to distinguish it from the culture of bacteria and yeast.”
(Thanks Wikipedia!)

Sounds fancy, but tastes pretty good. And it’s easy to make. The kids like it too.

To make it at home you just need a SCOBY (and some starter tea).

A Symbiotic Culture Of Bacteria and Yeast, of course!

It’s pretty freaky looking. I keep mine tucked away under a pretty piece of fabric so as to not scare guests. 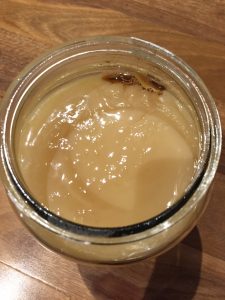 I got one from my sister. She banged on about her kombucha for ages before I gave in and accepted the challenge. Challenge isn’t really the right word. It’s more like a commitment. This thing has needs.

Anyhow, I now make my own kombucha at home. It’s pretty easy once you get your head around it.

There are plenty of “how to make kombucha” recipes around but here’s a quick run down of how I do it.

Make your own kombucha 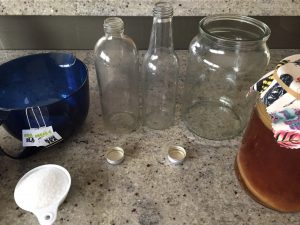 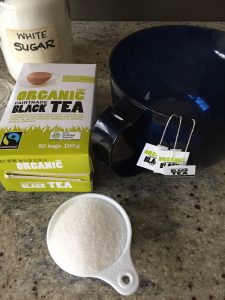 You need a SCOBY and some starter liquid, black or green tea, sugar and boiling water. Usually people gift SCOBYs, so if you’re near Frankston, I can hook you up. Otherwise you might need to do a search in your area.

Make a brew of sweet tea. I throw in 3-4 organic black tea bags (from Aldi), 1/3 cup sugar and pour in about 1L of boiling water. Put it aside for half the day to let it cool. Sometimes I stir it. 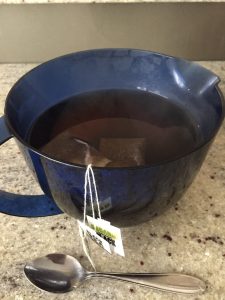 Once it’s cool, the tea goes into a large glass jar with the SCOBY and the starter liquid. I top it all up with some cooled boiled water until it’s a few centimetres from the top of the jar. Pop a breathable cloth/napkin over the top and that’s it.

My kombucha ferments around 10-14 days, or often longer cos I forget about it. It’s ready to drink at this point. Some people drink it straight, others mix with soda watered plain water. At this point though I like to do a second ferment. This is where you can flavour your kombucha.

Using silicon tipped grabbers, and trying not to gag, I gently pick up SCOBY and move it to another large glass jar. Pour in about a cup of kombucha too; this becomes the starter tea for the next batch. Using a strainer, I pour the kombucha into glass bottles, leaving a few centimetres at the top. 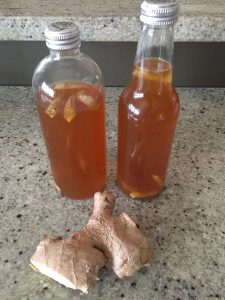 Now is where you can pop in some chopped fruit for flavoring. Some of my favourite flavours are strawberry, passion fruit and ginger. I haven’t experimented with mixing flavors, I usually just use what we have sitting around at the time. I put in about a tablespoon into each bottle. Then the bottles go into the cupboard for 2-3 days to get it a bit fizzy and then into the fridge until we want to drink it.

While prepping the second ferment I also whip up another batch of sweet tea to start the process again. 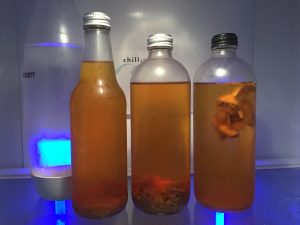 After a few rounds of this process you’ll end up with more SCOBYs. Gift them to friends if they are keen. Some people make a SCOBY hotel. I usually end up keeping the best looking SCOBY and putting the rest into the worm farm or compost.

And there you have it! Are you keen to make it yourself?